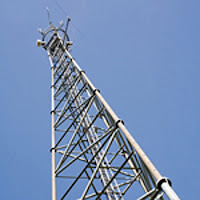 Verizon plans to build a much needed cell phone tower in Washington County, Texas and while the residents believe the tower will improve cell coverage, they don’t agree with the placement of the tower. Verizon plans to build a nearly 300-foot tall tower about 13 miles north of Brenham and near the historic La Bahia trail. This trail was originally an Indian trail known to Spanish explorers as early as 1690, when the De Leon Expedition passed this site on the way from Mexico to East Texas.

The members of Washington County have started a group in protest of the tower called CAVEAT, standing for “Citizens Against Verizon’s Enormous Antennae Tower.” The group is more bothered by the location of the tower than the tower itself and they even filed a complaint with the FCC. Bill Bosse owns the land that Verizon wants to build the tower on and doesn’t believe it will be as much of an eyesore as the people of CAVEAT believe. He is open to putting the tower somewhere else but he would like to see it built in order to fill a couple of dead spots and boost coverage.
July 29, 2013 | Tower-Pro