Comments Off on Residents Suggest Alternate Location For Cell Tower 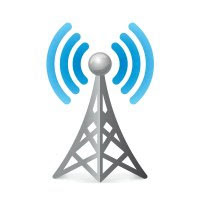 Members of Scituate, MA are unhappy with the proposed location of a cell tower that was planned to be built on private property along Tilden Road. The neighbors would rather the cell tower be installed on town-owned property instead.
If the tower is built on town-owned property rather than an individual’s property, then the town would receive the revenue from the tower. The members of this Massachusetts community would like to see the cell tower placed further away from the town in order to impact the least amount of residents possible.
Ruth Thompson reported for the Wicked Local Scituate that, “AT&T would like to install the tower in order to provide service to their customers in an area where service is currently unavailable.”
AT&T has been considering the private property off of Tilden Road for about four years. “Opponents to a cell tower going up on Tilden Road have cited visibility and safety as prime concerns,” Thompson reported.
The next meeting concerning this matter will be held on August 13th at 7pm in the Scituate Town Library.
August 1, 2013 | Tower-Pro