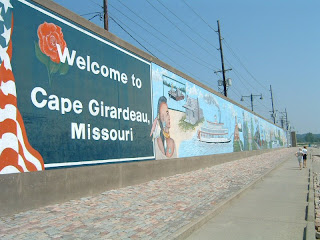 While many people have their reservations regarding cell phone tower construction, some residents of Cape Girardeau, Missouri are in favor of the cell tower. John Heuer wrote for the Southeast Missourian that, “While this cell tower is not on the major scale such as the previously mentioned facilities, the proposed cell tower will benefit businesses, citizens, emergency personnel and visitors to downtown Cape Girardeau.”
Heuer does own the property where the proposed cell tower could be located so his opinion may be biased, but he does make many valid points regarding cell phone reception. “It is common knowledge that cell service in downtown Cape Girardeau is very poor and often nonexistent. The lack of cell service often is a deterrent for business people and families to eat or shop in downtown Cape Girardeau for fear of missing an important call or an emergency call from a loved one. Perhaps those against the proposed tower have not considered the outcome of a serious accident in downtown Cape Girardeau, when seconds matter, and not having the ability to call 911,” Heuer explains.
Poor cell phone reception does matter when there are just minutes to save someone’s life. If the residents are opposed to the tower because of aesthetic reasons, there are always way to disguise it. Cell towers are now being disguised as pine trees, crosses, clock towers, and flag poles. The construction of the tower will increase cell coverage and put resident’s minds at ease while they are in the downtown area of Cape Girardeau.
July 30, 2013 | Tower-Pro