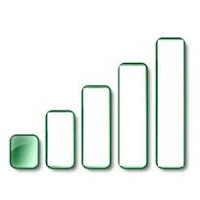 A New Jersey tower developed believes there is a need for a cell tower in Bradley, Illinois. However, town officials have expressed concern regarding this tower due to aesthetic reasons. Nicole Leonhardt of The Daily Journal reported that, “George Golwitzer said he was concerned about 150 foot tower being placed on the commercial property and asked to have the building department review the development plan. Mayor Bruce Adams agreed with the suggestion.”
Adams doesn’t think that the cell tower will be visual appealing and they need to find a new location. However, he does not believe the cell tower should be ruled out all together because of the increased cell phone usage in the area.
“A legal representative for Capital Telecom said there is a high demand for cell phone signals near Route 50, leading the company to choose the location,” Leonhardt reported.
August 14, 2013 | Tower-Pro