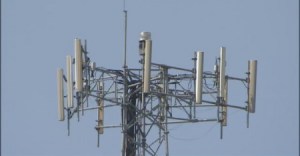 Matt Lauer, resident of Bruce Township, urged the Bruce Township Board of Trustees to let him construct a 200-foot tower on his township property located near 36 Mile and Hipp roads. Lauer was sent away from the committee without a vote being taken and then the request was put on hold until June.
Lauer wanted his request to be approved without submitting a formal, engineer-created site plan. The Board of Trustees advised him that he needed to submit a detailed site plan, comply with FAA regulations, gain Zoning Board of Appeals height variance approval and comply with township ordinances.
Matthew Fahr reported in the Advisor & Source Newspaper that, “At its meeting July 17, Bruce Township Supervisor Richard Cory verified that Lauer had submitted a formal site plan. Planning Commission Chairman Mike Tremblay, who was in the audience for the meeting, acknowledged that he was satisfied with the plan that was turned in to the township.”
A petition of opposition was started that had about 50 signatures on it but there was also a list of 148 residents that wanted the service. Some residents realize that the benefits of this cell tower out-weigh the sight of it. The resolution for the special land use was approved by a 5-0 vote. However, the height of the tower does not comply with township provisions. The guidelines stipulate that the tower can’t be taller than 175-feet but Lauer was adamant that the tower needed to be 200-feet to achieve the desired purpose.
“After a short discussion, Roy Zolno made a motion to deny Lauer the variance for the 200-foot tower. It was seconded by Mike Lerchen. Of the four members present, Zolno and Lerchen each voted in favor of denying the variance, while Carnago and Hook voted against it,” Fahr reported.
July 29, 2013 | Tower-Pro