Comments Off on Members Of Starks, Maine Worry Over Health Effects of Proposed Cell Tower 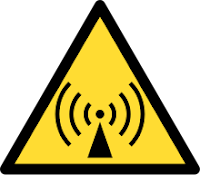 The residents of Starks, Maine are worried about the possible construction of a telecommunications tower because of the health effects it could have on their children and the farmland. The Federal Telecommunications Act of 1996 prohibits government entities from making decisions on the construction of towers based on health concerns. However, there is no evidence that suggests there are negative health effects from close proximity to a cell tower.
Rachel Ohm of the Morning Sentinel reported that, “The proposed tower has become a controversial issue in the town of about 650 people since the company filed a building application with the planning board on June 6.”
The American Cancer Society and the World Health Organization have similar views on the health effects of cell towers and believe they pose little risk. The FCC also limits the amount of RF waves that can be transmitted from the towers, which construction companies must comply with.
August 8, 2013 | Tower-Pro