» Farmers Loop Tower Is Not Owned By Verizon

Farmers Loop Tower Is Not Owned By Verizon

Comments Off on Farmers Loop Tower Is Not Owned By Verizon 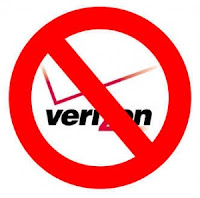 There has been much controversy about the cell phone tower that went up outside the Dog Mushers Hall in Farmers Loop, Arkansas. However, the size and the location are not the problem for the members of this community. The residents are concerned that the conditions specified in the conditional use permit have not been satisfied.
Dermot Cole reported in the News Miner that, “the borough permit stipulated that there be an oxidized rust-colored surface so that the steel tower would better blend in with the surroundings.”
Although there was a color specified in the agreement, the maker of the tower, Sabre Industries, says the permit did not state a color. These Arkansas community members agreed to the cell tower because it would have an oxidized finish and better blend in with the landscape. While this is a problem, Verizon made it very clear to the residents that this tower is not owned by them, they are just one of the carriers leasing space at the facility. Verizon stated that Atlas Towers own the cell site and residents needed to contact them about their concerns.
July 31, 2013 | Tower-Pro