» Communication Towers Could Be Coming To West Point

Communication Towers Could Be Coming To West Point

Comments Off on Communication Towers Could Be Coming To West Point 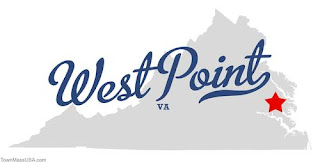 The Town Council of West Point, Virginia is considering approving an ordinance that would allow communication towers to be built in the city. These new towers would accommodate existing technologies as well as future technologies. There will be a public hearing on the ordinance on August 26th at 6:30 at the Town Hall.
Amy Jo Martin reported for the Tidewater Review that, “As proposed, the towers would be no taller than 120-feet, set back at least 200 feet from any (off site) existing residential structure, and set back from all property lines a minimum of 100 percent of the documented collapse radius.” The towers will also be gray in color and have low-intensity lighting installed for security.
August 1, 2013 | Tower-Pro