» Cell Tower To Be Constructed In Iowa Cemetery

Cell Tower To Be Constructed In Iowa Cemetery

Comments Off on Cell Tower To Be Constructed In Iowa Cemetery 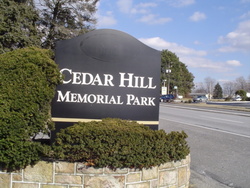 The first cell phone tower to be built on cemetery property in Cedar Rapids will be constructed on an undeveloped corner of the Cedar Memorial Park Cemetery. The tower developer was given a conditional use permit for the tower this week from the city’s Board of Adjustment.
The Gazettereported that, “Five antenna arrays will be added to the tower’s post, which will sit just to the southwest of the Kohl’s store at 361 Collins Rd. NE.”
A landlord of a nearby building was concerned about the radio waves that would be emitted from the cell tower, but the board members assured that the radio waves will be well under the levels permitted by the FCC. Earlier this year, a request to build a cell tower in a different cemetery in Cedar Rapids was denied. Some of the family members with loved ones in that particular cemetery opposed the 120-foot tower.
The cell tower that is to be built will be 125-feet tall and away from the heart of the cemetery and off to the side in an undeveloped area. “John Linge, who heads up the Cedar Memorial Park Cemetery Association and Cedar Memorial Funeral Home Co., on Tuesday said cell towers in cemeteries are popping up across Iowa as a way to raise revenue to support cemetery lot owners. Small rural cemeteries, in particular, can consider the lease revenue generated by the placement of a cell tower in a cemetery a ‘godsend,’ Linge said,” The Gazette reported.