Comments Off on Cell Tower Rejected In Residential Zone 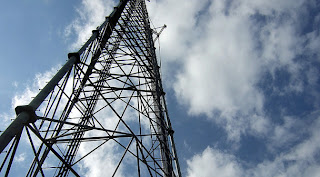 Warsaw, Indiana based STC Towers proposed a 175-foot tower, which would be built on land that was owned by St. John United Church of Christ in Crown Point. Many of the church members supported this tower installation even though the church is in a residential zone. Many members of the neighbouring community were against the completion of this project because they believed the tower would be an eye-sore, but the church planned on bringing in extra revenue by leasing a space on their land to STC Towers.

In a recent article in the Times of Northwest Indiana by Susan Erler, she reported that, “STC Towers in June asked the city if the company could seek a special use permit for a 175-foot tower in a residential zone. The request was denied. City code doesn’t permit towers in residential zones, even with a special use.”
Aesthetic reasons are one of the major concerns for people who oppose the construction of cell towers, especially in residential areas. People tend to resist the implementation of a new tower; however, many cannot correctly pick out the closest tower to their house. While a new cell phone tower may be noticeable right after it is built, they are usually forgotten about a few months after construction. There are many ways that cell tower companies can disguise a tower, such as fake trees, fake bell towers, or even fake flag poles.
Government officials of Crown Point, Indiana told STC Towers director, Sean Boylan, that, “ the only avenue open to the company would be to seek a rezoning of the property. City code permits towers in all zones except residential zones. But even then, a special use permit is required,” Erler reported to the Times of Northwest Indiana.
Boylan shared that he’s not sure what the company’s next move will be because they had gone to great lengths to obtain all the required permits and properly meet the development standards.
July 24, 2013 | Tower-Pro