Comments Off on Cell Tower Put On Hold In Belington 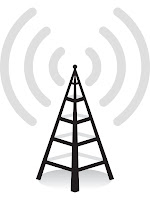 Last Thursday, the Belington Zoning Board of Appeals met to listen to concerns regarding the proposed construction of a 190-foot cell tower with 12 panel antennas. The committee was called in to review the proposal because there is a restriction against the height of the tower and the Belington City Council had denied the permit. There is a limit on structures of more than 80 feet within city limits.
Beth Broschart of the Inter Mountainreported that Jeff Kimble, attorney for Verizon Wireless said, “Basically Verizon has a federal permit which requires them to provide a certain level of services to West Virginia. Included in that requirement is a seamless service for Barbour County and particularly with respect to U.S. Route 250. That is a requirement of their license. So in conjunction with that, they have taken on a fairly substantial infrastructural undertaking in order to meet the requirement.”
This tower proposed in Belington is the last of the towers that Verizon has planned to build as a way to achieve their seamless service. Many of the residents are upset over the construction of this tower because they believe it will decrease their property values. The Belington Zoning Board of Appeals has 30 days to issue a response on this matter.
August 12, 2013 | Tower-Pro