Comments Off on Cell Tower Extension Will Double Township’s Revenue 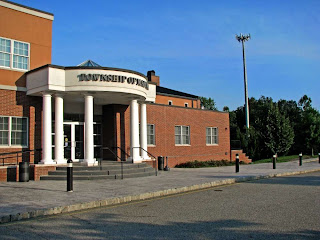 A cell tower extension placed on top of a cell phone tower in Mahwah, New Jersey will double the town’s revenue from the wireless equipment hosting feels. Wireless Holdings Network, LLC is going to add a 30-foot extension to the already existing monopole. When the project is completed, the tower will stand at 150-feet.
Allison Pries of North Jersey reported that, “Wireless Holdings Network will pay the township $246,000 a year to host cellular phone or data antennas on the extension. The monopole currently earns the township $40,000 in revenue annually.”
The revenue from these towers is becoming a significant source of revenue for the town. “Revenue from the current pole combined with two other sites in Mahwah – a radio tower on Stagg Hill and a water tower on Campgaw Road – bring about $250,000 to the municipality’s coffers. The township’s new revenue total will be just under $500,000,” Pries reported.
Before the extension can move forward, there are a couple of other phases it must go through including being approved by the Planning Board. Once all of the necessary steps are taken, construction will begin on extending the cell tower.
August 13, 2013 | Tower-Pro