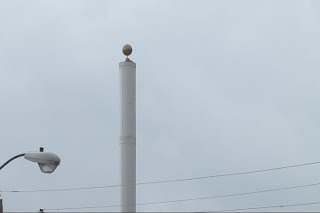 A proposed cell phone tower that was going to be built in Columbia, South Carolina and disguised as a flag pole has been rejected due to opposition received from local neighborhood associations. The Columbia Board of Zoning Appeals voted 4-2 against the construction of the cell tower because of its aesthetics, height, and scale.
Jack Kuenzie reported on wistv.com that Clear Talk representative Mike Feigenbaum said that, ““All the antennas are going to be located inside the pole and you know there’s a nice ball on top like you see on every flag pole and we fly the American flag.” Despite the attempt Clear Talk made to disguise the tower they will have to go back to the drawing board and try to find a new location for the tower. The previous location was several blocks from some of Columbia’s oldest neighborhoods, Elmwood Park, and Cottontown, which upset residents because they believed it would detract from the appearance of the town.
July 26, 2013 | Tower-Pro