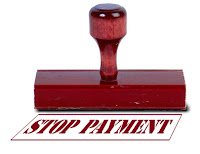 Technology is constantly being used in new ways and the newest way cell phone towers are be utilized is to prove cohabitation as a way to end alimony payments. Diane L. Danois, J.D. wrote an article for the Huffington Post titled, “Cohabitation, the Termination of Alimony and Cell Phones.”

In this article, Danois explains that alimony payments now go both ways. Whereas many years ago, it was common for the man to be making payments to the woman now women who are the breadwinners have to do the same for their ex-husbands. However, if the ex-wife or ex-husband begins cohabitating with a new partner then alimony payments can be terminated. While proving cohabitation was more difficult in the past, cell phone towers and their records are making this undertaking a lot easier.
“Cell tower location data is objective evidence, and extremely persuasive when used in courtroom arguments, mediation or settlement negotiations. The information revealed can level the playing field in termination of alimony cases by eliminating the ‘he said/she said’ aspect of quantifying the number of overnights in controversy,” Danois explains.
August 6, 2013 | Tower-Pro