Comments Off on Cell Phone Reception to Improve in Summit, Colorado 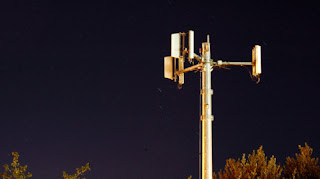 AT&T was given permission by the Summit Board of County Commissioners to apply for a new cell tower at the landfill. This would extend coverage into Summit Cove if it were constructed. The cell tower would be an 80-foot structure on county-owned property along Highway 6. The construction of this tower would improve cell phone service in the nearby neighborhoods as well as the Keystone area.
There are current AT&T customers who do not have good service in parts of Summit Cove and this tower will help eliminate that problem. The County commissioners hope AT&T will allow other cellular providers to use the tower so there is acceptable cell coverage for the members of the Summit Cove.
Caddie Nath reported in the Summit Daily that, “Verizon Wireless is also moving forward with a new 60-foot monopine cell tower in Keystone’s Mountain View Plaza condominium subdivision. The structure, which the Snake River Planning Commission approved in April, will replace six existing roof-mounted antennas.”
The timeline regarding both of these towers isn’t clear yet but hopefully the construction will begin soon in order to bring the best cell phone coverage to the area.
July 30, 2013 | Tower-Pro