Comments Off on T-Mobile to buy Verizon Wireless Spectrum in $3.3 Billion Deal

According to Reuters, T-Mobile US announced yesterday that they would buy spectrum licenses from Verizon Wireless to improve its high-speed wireless services in a deal worth $3.3 billion. Reuters reported, “T-Mobile, the No. 4 U.S. mobile provider, said the licenses cover more than 150 million people in areas such as New York, Atlanta and Los Angeles. It expects to roll out services using the spectrum as early as the fourth quarter of 2014.”
Continue reading here.
January 7, 2014 | Tower-Pro

While it’s been highly debated whether or not the FCC would approve a merger between the third and fourth major mobile carriers, there’s reason to believe that this deal could go through. Despite the fact that AT&T’s proposal to buy out T-Mobile was denied a little over two years ago, industries are changing and Sprint is in a completely different position than AT&T. Oligopolies may have been something that were frowned upon years ago for fear of reducing competition, that isn’t the case these days—as recently illustrated by the airline industry. The top 5 airlines in the United States are Delta Air Lines, United Airlines, Southwest Airlines, American Airlines, and US Airways. A few weeks ago American Airline and US Airways partnered, taking their number of enplaned passengers from 91,153,375 and 54,204,283, respectively, to total 145,357,658, which surpasses Delta’s year to date number of enplaned passengers and their fleet size. American Airlines and US Airways are in similar positions to T-Mobile and Sprint when looking at the mobile carrier market. Neither of these companies is at the top, but they are certainly close.
Continue reading here.
January 6, 2014 | Tower-Pro The Federal Communications Commission announced that the four largest U.S. wireless companies—AT&T, Sprint, T-Mobile, and Verizon—have voluntarily committed to make text-to-911 available by May 15, 2014. This capability is currently available on a limited basis to a few locations. However, this new technology can help provide lifesaving assistance in situations where a person with hearing or speech disability is unable to make a voice call, where voice networks are down, or where a 911 voice call could endanger the caller.
The FCC reported that, “It has already saved lives and thwarted crimes, including preventing a suicide in Vermont and, in Iowa, protecting women and children from abuse who were silently able to text for help.”
With the development of this new technology, the FCC believes there will be a need for consumer education regarding when you should use the tex-to-911 feature. It should not be used when a voice call is an option. The FCC has developed a consumer guide on text-to-911, which you can view here.
August 19, 2013 | Tower-Pro

Comments Off on Tilgham, Maryland Will Soon Have Better Cell Service 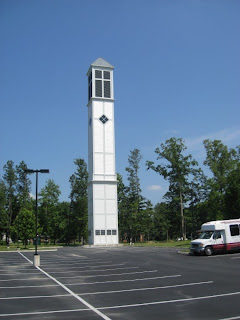 Even though every mobile carrier has been trying to construct a tower in the Tilgham, Maryland area the new proposal for the site plan was approved yesterday. The tower will be built on the property of the Tilgham United Methodist Church. Where the proposals for cell towers had always been denied before, this proposal in particular was approved because the tower will be disguised as a bell tower.
Shauna Thompson reported for the Star Democrat that, “The structure is planned to be 94 feet tall and 19-by-19 feet at the base. While the bottom 40 feet will be clad in standard building material, the top will feature a new material permeable to radio frequencies but not distinguishable from the standard in texture or color.”
Verizon will be the first mobile carrier on this cell tower, but AT&T and T-Mobile will follow quickly. Sprint will more than likely be the last on board the tower. They hope to have the tower up and running by November.
August 8, 2013 | Tower-Pro

Mark Your Calendars For The Wireless Infrastructure Show

Comments Off on Mark Your Calendars For The Wireless Infrastructure Show

Past participants include representatives from Qualcomm, American Tower, Crown Castle, AT&T, Bank of American Merrill Lynch, Sprint, JP Morgan, Black & Vetch, Ericsson, T-Mobile, BB&T Atlantic Risk Management, and Intel. This is the premier industry event that focuses on companies, equipment, and technologies that will enable the next generation of wireless. You can register for this event by clicking here. Mark your calendars and make sure to attend this event held by the PCIA!
July 31, 2013 | Tower-Pro

Heidrea Communications is a veteran-owned company that was started in Massachusetts in 2008. They are a general contracting firm but their primary focus is on building and maintaining wireless communications towers. Matthew Mastroianni and Jesse Brown are the founders and owners of Heidrea Communications and their company was awarded the Massachusetts SBA Veteran-Owned Small Business of the Year Award for 2013.
Their customers include Verizon Wireless, T-Mobile, AT&T, Crown Castle Inc., American Tower and SBA Networks. What makes Heidrea such a unique company is that more than 30% of their 38 employees, including both of the owners, are veterans. Mastroianni and Brown are both Marine Corps veterans, who founded this company to serve and support veterans in need.
July 29, 2013 | Tower-Pro 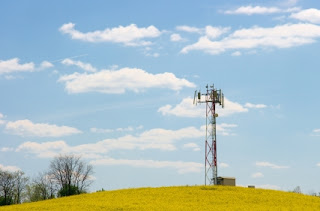