While it’s been highly debated whether or not the FCC would approve a merger between the third and fourth major mobile carriers, there’s reason to believe that this deal could go through. Despite the fact that AT&T’s proposal to buy out T-Mobile was denied a little over two years ago, industries are changing and Sprint is in a completely different position than AT&T. Oligopolies may have been something that were frowned upon years ago for fear of reducing competition, that isn’t the case these days—as recently illustrated by the airline industry. The top 5 airlines in the United States are Delta Air Lines, United Airlines, Southwest Airlines, American Airlines, and US Airways. A few weeks ago American Airline and US Airways partnered, taking their number of enplaned passengers from 91,153,375 and 54,204,283, respectively, to total 145,357,658, which surpasses Delta’s year to date number of enplaned passengers and their fleet size. American Airlines and US Airways are in similar positions to T-Mobile and Sprint when looking at the mobile carrier market. Neither of these companies is at the top, but they are certainly close.
Continue reading here.
January 6, 2014 | Tower-Pro

Comments Off on Sprint CEO To Speak About Emerging Technology

Earlier this week at the PCIA’s 2013 Wireless Infrastructure Show, Sprint’s CTO and Senior Vice President of Technology Development and Corporate Strategy, Stephen Bye, discussed how important mobile technology is to our everyday lives and how we need to make certain we have the infrastructure to support it. Bye talked about how Sprint’s vision is to connect people and pointed out that this is an extremely important task.
On October 22, 2013 Sprint’s CEO, Dan Hesse, will speak at the Executives’ Club of Chicago Global Leaders Luncheon at the Hyatt Regency in Chicago. Hesse will discuss how wireless has altered our daily lives over the past ten years and will explain how innovations in wireless technology are transforming the world we’ve come to know.
Hesse was named CEO of Sprint in December 2007 and before that he was the CEO of Embarq Corporation, a $6 billion telecommunications services company.  The Executives’ Club is Chicago’s premier membership and business forum.  For more than one hundred years, The Club has been a valued resource for Chicago’s business leaders – connecting members, and providing opportunities for strategic relationships.
October 10, 2013 | Tower-Pro

Comments Off on Sprint’s Strategy Aims To Connect People Stephen Bye, Sprint’s CTO and Senior Vice President of Technology Development and Corporate Strategy, started off the PCIA’s 2013 Wireless Infrastructure Show by reminding us that connecting people is very powerful. Bye explains that, “it takes a network to bring that to life.” He believes that the network is the unsung hero of the wireless industry. “My smartphone isn’t smart unless it’s connected to a network,” Bye noted.
Sprint’s is working to making their network more sophisticated and intuitive. Bye commented on how incredible it is that so many people are choosing to communicate online with Twitter, Facebook, and other websites. With so many people choosing to interact online with one another, there are capacity challenges and data challenges that Sprint is facing. Consumer demand is increasing for video content and web content. Bye believes that it’s important to look at this important opportunity they have to discover how to provide the service they can.
Sprint’s main focus is customer experience. Many people assume that big data is purely for advertising reasons, but Bye remarked that there is a lot to be gained from the analytics provided by big data. You have the chance to look at the amount of data provided and decide what is the most important.
“There is no silver bullet. We’re going to keeping pushing innovation on all fronts,” Bye said. “We’re going to have to push the envelope on all levels to steady the capacity demands. We have an obligation to meet our customer needs. We also have an opportunity to for innovation, happiness, healthiness, and awareness.”
In closing, Bye explained that Sprint is working to make their devices more intuitive and less reactive so the device can anticipate your needs and provide them in the most efficient way. Bye said, “The network of tomorrow will be brilliant.”
October 8, 2013 | Tower-Pro

Today, Sprint announced today that they have launched 34 more LTE markets in September and now have 185 LTE markets across the country. This network features an enhanced customer experience that provides faster data speeds in more places where customers want it. Below if a list of the markets Sprint has launched this month:
“Today’s announcement means that even more Sprint customers can enjoy the speed and power of Sprint 4G LTE – up to 10 times faster than 3G,” said Bob Azzi, senior vice president-Network, Sprint. “Our nationwide network build includes new 3G and 4G LTE, which provides improved wireless service and also provides new, state-of-the-art, compact and energy-efficient multimodal equipment.” Customers of Sprint’s industry-leading prepaid brands, Virgin Mobile USA and Boost Mobile, also benefit from the new network and expanded 4G LTE service.
Sprint, along with the other major cell phone carriers, have been expanding their networks by constructing new cell towers or updating their equipment on current towers in order to bring customers the best connection possible.
September 16, 2013 | Tower-Pro On July 15, 2013 the Federal Communications Commission announced its intention to hold an auction of licenses in the 1915-1920 MHz (Lower H Block) and 1995-2000 MHz (Upper H Black) bands. The auction is set for January 2014 and Sprint believes the FCC should keep the auction as schedule. However, T-Mobile US Inc. and Dish Network Corporation is pushing for the FCC to consider waiting until later in 2014 to hold the auction so that additional frequencies will be available and can attract more money.
In a January auction, “It is possible that only one bidder will participate,” T-Mobile, the fourth-largest U.S. mobile provider, told the FCC in an August filing.
In an auction like this, carriers like to buy adjacent frequencies so they can deploy a single channel. There is no hard evidence that pushing the auction date back a few months will increase government revenues. Companies aren’t required to disclose whether or not they are participating in the auction until the filing deadline.
According to the FCC, “To get filing instructions, filers should send an e-mail to [email protected], and include the following words in the body of the message: ‘get form.’ A sample form and directions will be sent in response.”
September 6, 2013 | Tower-Pro

Sprint On Schedule To Shut Down Part of Former U.S. Cellular Network by October 31st

Comments Off on Sprint On Schedule To Shut Down Part of Former U.S. Cellular Network by October 31st The Federal Communications Commission announced that the four largest U.S. wireless companies—AT&T, Sprint, T-Mobile, and Verizon—have voluntarily committed to make text-to-911 available by May 15, 2014. This capability is currently available on a limited basis to a few locations. However, this new technology can help provide lifesaving assistance in situations where a person with hearing or speech disability is unable to make a voice call, where voice networks are down, or where a 911 voice call could endanger the caller.
The FCC reported that, “It has already saved lives and thwarted crimes, including preventing a suicide in Vermont and, in Iowa, protecting women and children from abuse who were silently able to text for help.”
With the development of this new technology, the FCC believes there will be a need for consumer education regarding when you should use the tex-to-911 feature. It should not be used when a voice call is an option. The FCC has developed a consumer guide on text-to-911, which you can view here.
August 19, 2013 | Tower-Pro

Sprint’s Cell Tower Out Of Service In Washington, Virginia

Comments Off on Sprint’s Cell Tower Out Of Service In Washington, Virginia 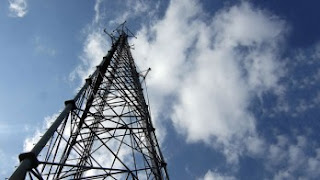 According to the Rappahannock News, Sprint’s cellular tower on the Miller farm near the town of Washington has been out of service since last Thursday. This outage is affecting several hundred regular users in the area, including the County Sheriff’s Office.  Kelly Schlageter, Sprint’s Virginia spokeswoman said on Friday that they had determined the issue and were dispatching a technician to fix the problem.
As of Monday a 1:00pm, the Rappahannock News reported that, “Sheriff Connie C. Smith reports that the RCSO has contacted Sprint ‘four or five times’ to report the outage and attempt to have it resolved. ‘We still have no cell phone service,” Smith said, adding that she saw what appeared to be a repair crew working on the tower early Monday morning.’”
Hopefully, Sprint will get this tower up and running properly so that the members of Washington, Virginia have cellular service in the area.
August 12, 2013 | Tower-Pro