The Horsham Township Council is working to put limits on where wireless communications facilities can be built. Under the current ordinance, a 130-foot cell phone tower could be built almost anywhere, including the backyard of the town’s residents. However, the township’s council is working to prevent this from happening and decrease the likelihood that a cell phone tower would be built in a residential area.
This new ordinance is setting height, co-location, and visual requirements. Many of the members of the Horsham community believe that a cell tower built in the residential area would hurt the character of them town.
Theresa Katalinas, editor or the Hatboro-HorshamPatch, reported, “Besides keeping wireless communication equipment out of residential areas, the proposed ordinance sets the height of tower-based facilities at a maximum of 130 feet high; prevents artificial lighting ‘except as required by law’; and requires that an applicant ‘demonstrate that a significant gap in wireless coverage exists.’”
This new ordinance will also give the township the ability to deny any application for the construction or placement based on the visual impact to the community. This 23-page amended ordinance will be shared at a public hearing on November 13th and could take effect 30 days after it is approved.
August 19, 2013 | Tower-Pro

Comments Off on Weekly Stock Information For SBA Communications

A communications tower is to be built in Stony Brook, New York, which will bring paid emergency medical technicians to the Stony Brook Fire District. Not only will this reduce the response times of the officials, it will enhance the care responders are able to provide to the residents. Bringing EMTs to the district will cost about $75,000 a year but the money will be provided by the revenue generated by the cell phone tower that will be built at the Stony Brook Fire Station.
Christine Sampson, editor of the Three VillagePatch, reported, “While the tower serves primarily to boost communication within the fire district, it also has the capability to enhance cell phone service in the area, meaning private companies can contract with the district to purchase bandwidth.”
With this increased cell phone service, the EMTs will be able to respond to emergencies quicker and provide better protection for the residents of the community. The Stony Brook Fire Department often relies on volunteers, but most of the volunteers work between the hours of 6am and 5pm. Bringing paid EMTs to the community will increase the number of officials available during working hours that the volunteers aren’t able to cover.
August 19, 2013 | Tower-Pro

Comments Off on Location Agreed Upon For East Hartford Cell Tower 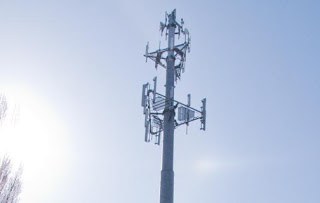 In East Hartford, the Connecticut Siting Council has finally selected a location for a cell tower to be built. The Courant reported that, “The council has chosen an 11.9-acre parcel at 465 Hills St. as the location for the tower, which will consist of a 117-foot ‘monopine,’ designed to camouflage the structure as a tree. “
Even though the location has been decided upon, construction cannot begin until the development plan has been approved. Fire Chief, John Oates, is happy that the tower site has finally been approved because there is a section of the community where wireless communication services don’t work.
“They were nice enough to agree to provide us space for our equipment at no cost to the town, which is really big,” Oates said. (Source: The Courant)
There is no specific timetable for the construction of the tower; however, the council’s approval stipulates that the construction of the tower must be completed within 18 months.
August 16, 2013 | Tower-Pro 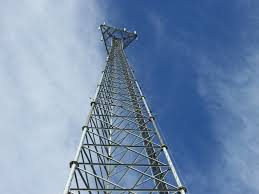 Tuesday, August 13th, EVP and CFO of CenturyLink, Stewart Ewing, spoke at the Oppenheimer 16th Annual Technology, Internet & Communications Conference. He discussed their key strategic initiatives and their focus on fiber to the tower.
“We’re building fiber to as many towers as possible in our service areas. During the second quarter, we’ve completed about 1,150 fiber to the tower builds for a total of 16,700 over our footprint. We currently expect to build fiber to 4 or 5,000 towers in 2013 and should end the year with fiber to about 19,000 to 20,000 towers,” Ewing shared at the conference.
CenturyLink is the third largest telecommunications company in the United States and is recognized as a leader in the network services market by technology industry analyst firms. The Company is a global leader in cloud infrastructure and hosted IT solutions for enterprise customers.
August 16, 2013 | Tower-Pro

AT&T has requested to discuss their cell tower application with the Massachusetts’s Scituate Board of Selectmen at their next meeting about being able to construct their cell tower on the Wampatuck Elementary School property.
Ruth Thompson of the Wicked Local Scituate reported that, “During a continuing variance hearing before the Scituate Zoning Board of Appeals (ZBA) on August 13, attorney Edward Pare, Jr. of the Boston law firm Brown Rudnick, said he has sent a letter to the selectmen on behalf of AT&T asking the board to reconsider a previous decision the board made not to permit a cell tower at the school site, located at 226 Tilden Road.”
AT&T has looked at 29 different sites but believes the Tilden Road neighborhood will be the best place for their tower in order to reduce gaps in their cell phone coverage. Pare understood why the board may have rejected the proposal in the first place because of the location on the school’s property. However, he believes there is an alternate location on the school’s property that will be more acceptable.
AT&T has been trying to construct a cell tower in the vicinity of Tilden Road since 2009. 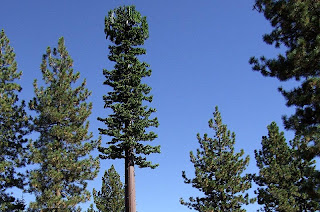 Comments Off on Take Safety Precautions To Prevent Accidents on Towers

In 2013 alone, there have been 10 fatalities in the wireless tower industry. Many of these accidents have occurred because tower techs have fallen off the wireless towers. The National Association of Tower Erectors (NATE) recognizes that these accidents are preventable and have shared their “Tower Site Hazard Recognition Guide.”
In this guide, NATE has provided information to help employees of tower owners, carriers, broadcasters, general contractors, and tower erectors recognize the hazards of tower sites. Being aware of potential dangers will help reduce the number of accidents in the tower industry.
In NATE’s comprehensive guide, they discuss the Occupational Safety and Health Administration’s (OSHA) “10 Most Frequently Cited Standards in Fiscal Year 2012.” The first one was Fall Protection (29 CFR 1926.501). There are plenty of precautions to take to prevent workers from falling. Take a look at the Hazard Recognition Guide for a detailed look at all the preventative measures workers should take. One of the major safety measures workers should take is using proper equipment and wearing the correct apparel.
“Appropriate footwear is essential for workers on tower sites when the potential exists for hazards caused by falling or rolling objects, or objects piercing the sole, or the possibility of electrical hazards. Proper footwear on tower sites also protects employee’s feet from physical/skeletal injuries resulting from climbing and working on towers and related structures,” NATE’s safety guide explains.
NATE is a non-profit trade organization dedicated to facilitating safety, education and standards for the tower erection, service and maintenance industry. In that regard, NATE compiles safety resources available to members to assist them in the development of their safety and health programs. To take a look at the Tower Site Hazard Recognition Guide, please click here.
August 16, 2013 | Tower-Pro

Comments Off on AT&T Proposes Cell Tower in Lincoln Park AT&T has been diligent in their attempts to lease property from the Department of Public Work’s George Cobb Land site because they would like to build a cell tower there.
Stephen Canning of North Jersey reported, “Lincoln Park was first approached by AT&T in early 2011 about the idea and subsequently went out to bid for the right to lease the property. AT&T turned out to be the high bidder, but talks to lease the land and construct a tower fell apart after the sides couldn’t agree to terms. Recently however, AT&T approached the borough again about the idea and seemed willing to compromise with Lincoln Park.”

The reason this project fell through before was because Lincoln Park didn’t like the idea of colocators on the cell tower. Colocators are companies that will place their own antenna on an already constructed cell phone tower.
“The borough gets a percentage of the rent from those colocators, but we don’t want to have to enter into contract with each one of them and have to manage each one of them,” Borough Attorney Tiena Cofoni said. (Source: North Jersey)
This deal is not final because the borough still has to go out to bid and it’s not certain that AT&T will be the highest bidder.
August 15, 2013 | Tower-Pro