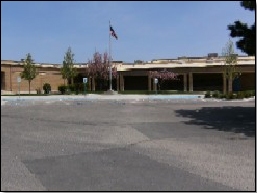 A lot the time people aren’t against cell phone towers being constructed as much as they are opposed to the location where the tower will be built. Many people dislike the site of cell towers so they prefer that they aren’t in plain sight, but the members of this Boise community are against a cell tower being built in close proximity to Eagle Hills Elementary School.
The parents don’t want this cell tower to have a negative impact on the children in any way but Eric Fink reported for a local news station that the, “Meridian School District spokesman, Eric Exline said. ‘We’ve looked at all of that information about the intensity of being sent out by cells and we don’t think it’s a health risk for students or staff.’”
This cell tower will pay the district $30,000 to construct the tower and then $2,500 a month after that. This revenue will be great for the Meridian School District and allow them to hire more teachers, buy books, and maintain the buildings.
August 7, 2013 | Tower-Pro