Comments Off on AT&T Works To Appeal Cell Tower Decision 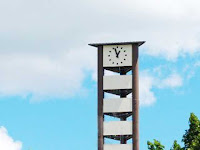 Residents of Sabana Park in the Corrales Heights area of New Mexico are working hard to keep a 70-foot cell tower out of the neighborhood. AT&T submitted an application for a permit to construct the cell tower that would be disguised as a functioning clock tower. However, the permit was denied in a 3-2 vote by the Planning and Zoning Board.
AT&T is appealing this decision by the board because they feel like the board didn’t sufficiently support its reasoning for denying the application. AT&T is willing to be flexible and revisit the size of the cell tower and see if it’s possible to construct a smaller one without compromising coverage. The residents of this community would rather not have AT&T build their new tower in the park because of health concerns and fear that it would decrease the property values.
August 8, 2013 | Tower-Pro